FROM THE BERKSHIRE EAGLE:

PITTSFIELD -- Threatening showers dampened attendance for August's version of Third Thursday for all but those wearing badges.
An increased police presence at the event and elsewhere in Pittsfield during the event, including a Berkshire County Sheriff's Anti-Crime Unit and a
Pittsfield Police command center trailer operating on Dewey Avenue, reflected a concern over disturbances in recent weeks, including several shootings.  "We had a few extra officers out there tonight and everything went smoothly and there wasn't a single disturbance," Pittsfield Police Sgt. Gary Herland said.

Still, hundreds walked the streets, bands played on and the Pittsfield Family YMCA became a demo space for local technology and robotics enthusiasts, in keeping with Thursday's "Art and Industry" theme.  The star at the YMCA was the state-championship-winning "Higgs Bot," built by
the Mount Everett Regional High School robotics club this year.

The team's robot won in 2013 as well.  After winning the state competition, the Everett club brought the robot to York, Pa., where they bested teams from New York, Connecticut, Virginia and Pennsylvania in the FIRST Tech East Super Regional Competition.  Members of the club and Mount Everett Technology Director Chris Thompson steered the robot around the space, hoping to entice interest in other local young people and encourage other schools to start their own robotics programs.

"Two state championship titles tends to gin up some interest," club member and Mount Everett senior Max Lowenstein said.  Next month, the required robot skills for the state FIRST Robotics Competition will be released, and the local team hopes to win there, too, as it did in 2013 and 2014.
"I think three titles will be a good way to end high school," club member Kosta Casivant, another senior, said.

Also at the YMCA bringing more robots were Michael and Diego Mongue, a father-son team who together produce "Awesome Robot Science Fiction Action Comix," a homespun quarterly comic book series.  The theme of the next Third Thursday, on Sept. 18, will be "Walk A Mile in Her Shoes." 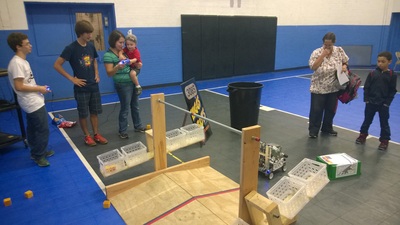 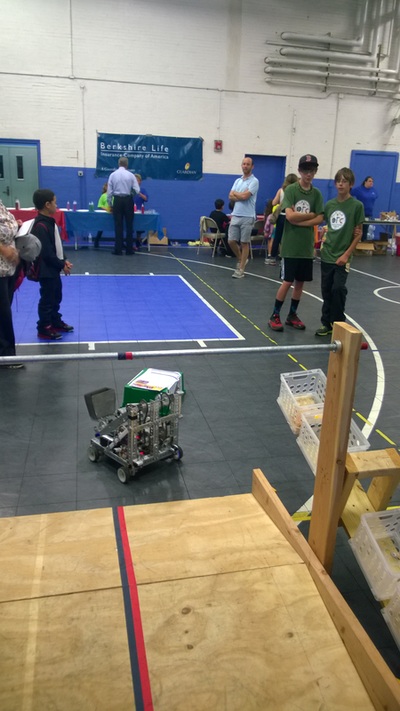 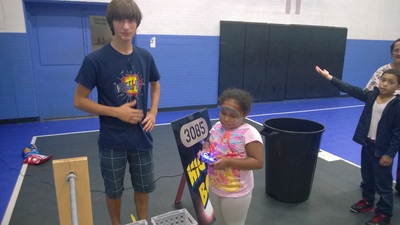 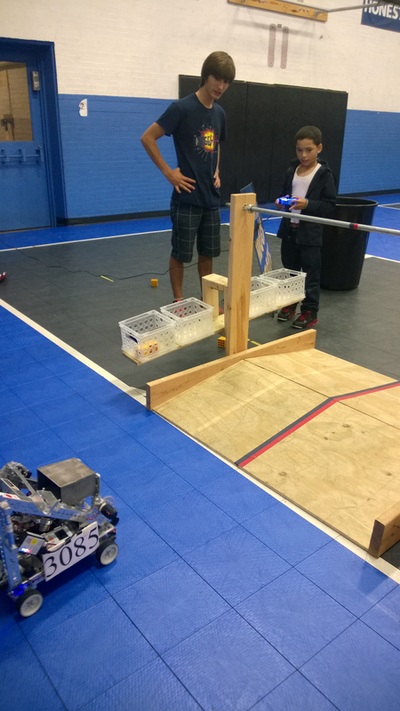 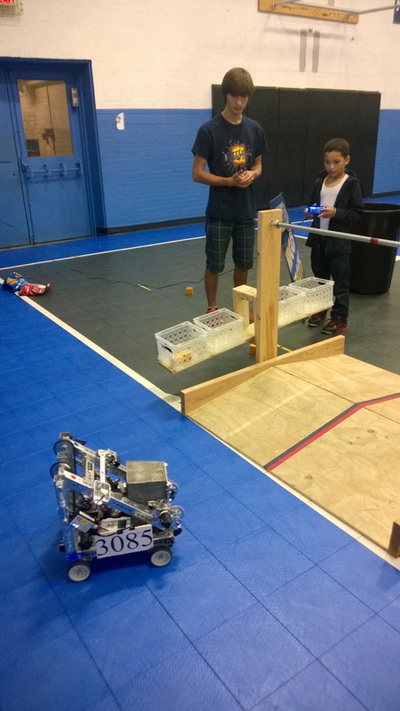 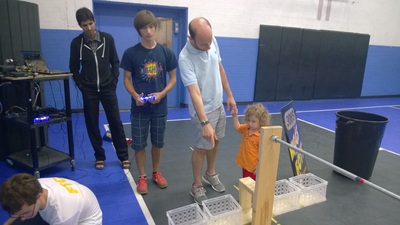 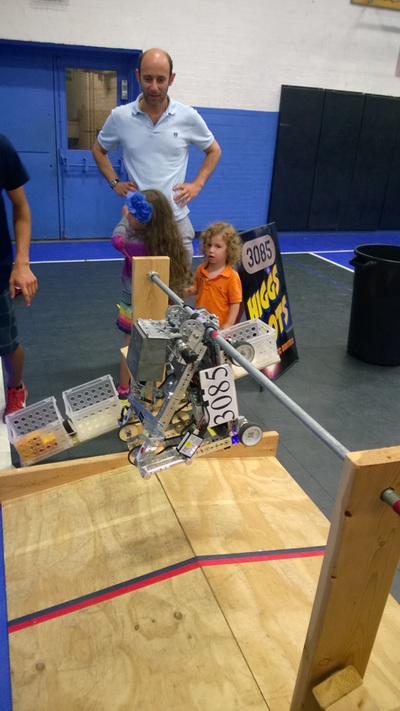 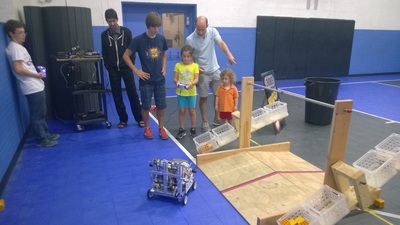 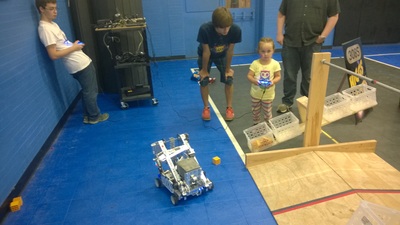 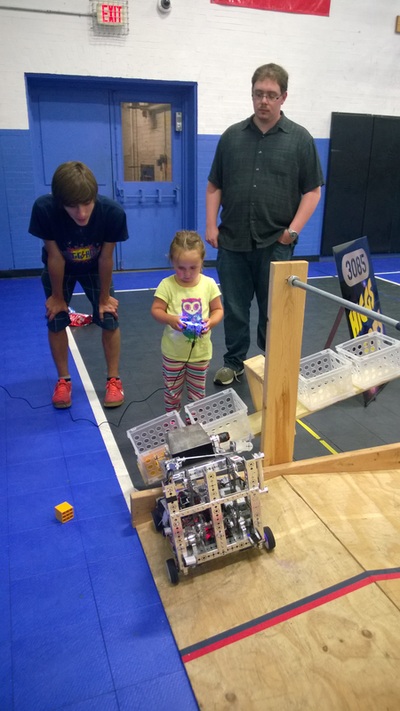 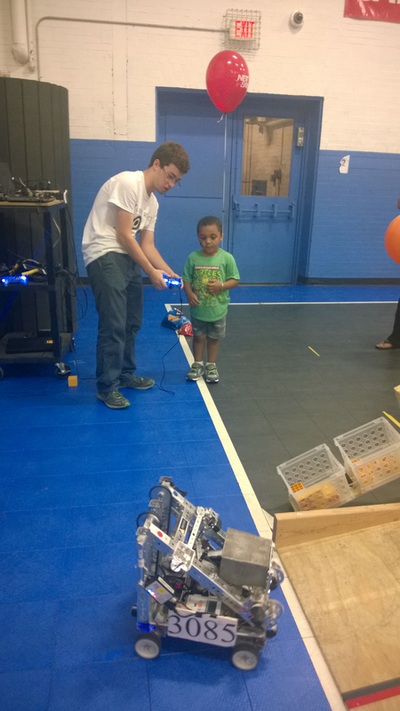 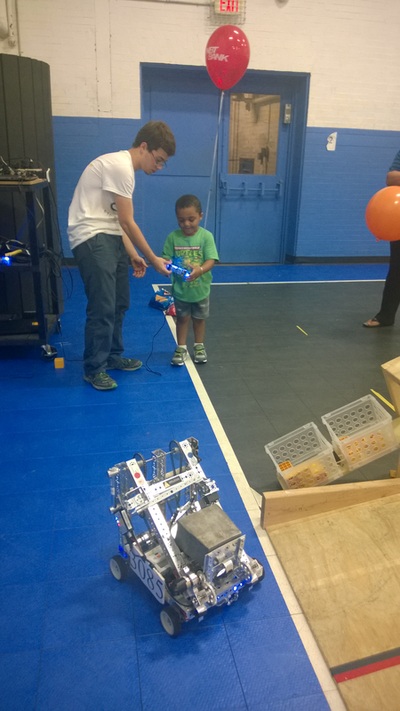 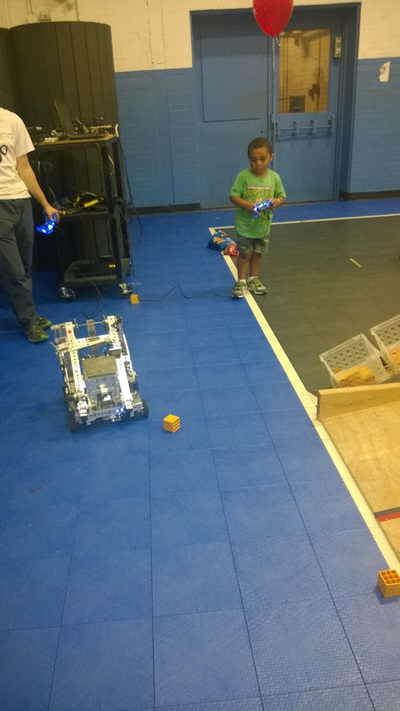 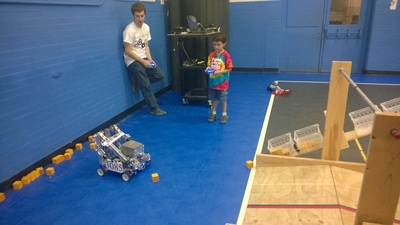 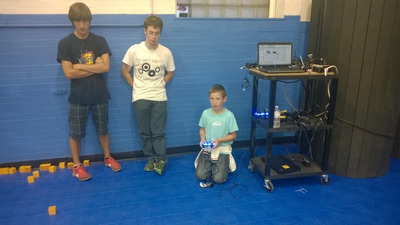 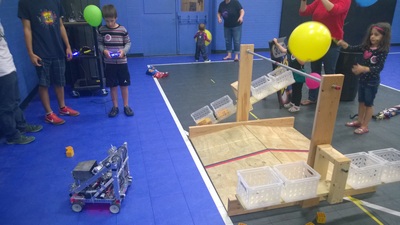 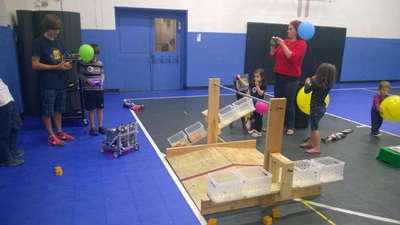 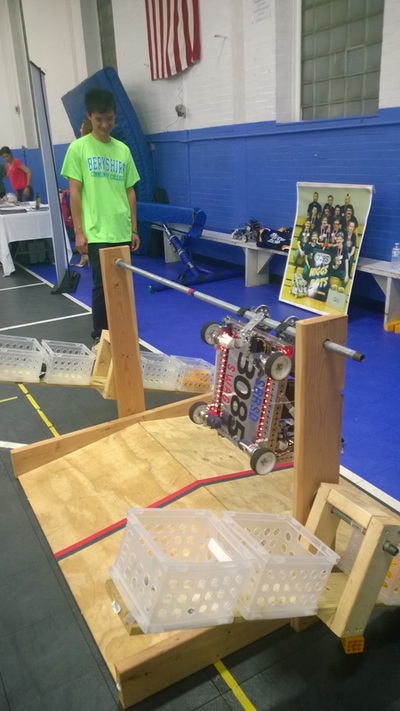 Mt. Everett Robotics (The Higgs Bots) shows off their robot on the streets of Pittsfield on August 16th as a part of the Third Thursdays celebration.  August's Third Thursday theme was "Weird Science."  The Higgs Bots not only demonstrated their winning robot, but allowed young students from all over the county take it for a test spin. 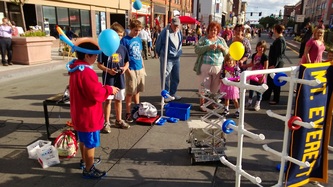 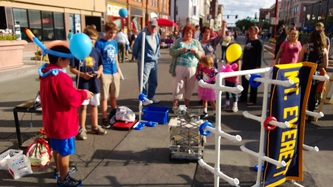 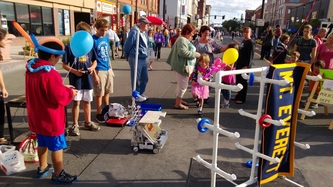 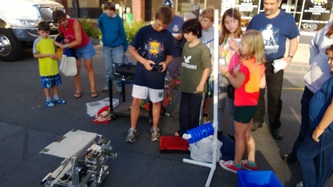 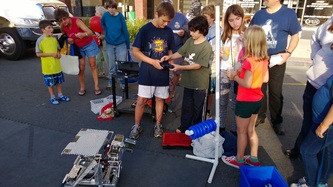